An «Extended View» of a Human Person as a Social Being: the Health Relevance of Environmental Factors 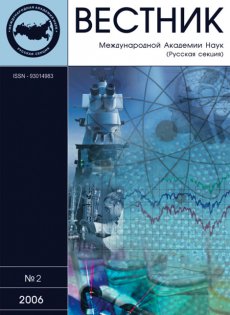 In the paper presented to the 12th World Clean Air and Environmental Congress 2001 in Seoul a new model was proposed for a better understanding of the health relevance of environmental disasters: This model is based on the assumption that any being is an «autonomous actor» because of its «potentia». «Potentia» enables to realise self-guided and self-organised effects. It is postulated, that «potentia» has two aspects («potentials») which are in a complementary relationship (acc. to N. Bohr): If an outside observer is observing an effect based on one of the (unobservable) aspects the effects of the other aspect can not be observed. One potential is commonly used in natural science: the potential for activities which can be characterised in terms related to matter or energy (e. g. power etc). The other potential is obviously given too, but — maybe because of extrascientific reasons as I described in the literature — there is no term to deal with it in a similar way as we are used to deal with energetical potential (fields, physical and chemical powers etc). Natural scientists use only terms to express the consequence of its use: e.g. to speak of antigens and antibodies, of conditioning etc. This technique is as long adequate, as e.g. the capacity of the potential is available in sufficient amount. If there would not be such a limited potential we should expect changings in the phenomena — not based on a lack of energy. Therefore we have introduced a term for this potential: «Ordnendes Diskriminationspotential» («arranging discrimination potential» — still a working term only). This potential allows the autonomous actor to «make a difference to information», to «deal with information» and to guide its «energetical potentials» e. g. to repair mechanisms. Then we postulated characteristics so that experimental proving is possible: e. g. «Potentia» and therefore both «potentials» are postulated as restricted and restricting. There are different consequences: a) The «potentials» allow attributing to the «autonomous actors» a process we call «evolution». — Within this process the qualities of both potentials are modified. Therefore terms are needed to express the level which is reached (e. g. field — physical powers — chemical powers to distinct different levels of the energetical potential). We propose the term «ability to organise» to name the level of living entities to deal with information («Organisationsvermögen»). (More details to this process will published in this journal soon. b) We should expect changing phenomena in consequence of the assumption that the «ability to organise» is limited: Therefore it was predicted that inadequate capacities to organise should cause causally unspecific health effects indepen dently from the additional specific health effects according to the particular nature of the external stimulus: Assuming that the amount of organisational capacity of an organism is limited, any additional demand on this capacity will negatively influ ence existing adaptive processes in their attempts to establish — with the consequence of more severe symptoms. Evidence to support the entire model is available: This model that postulates a deficit in the amount of available capacities to organise under conditions of exposure to environmental stress, helped to explain the previously unexplained deviations of mortality and morbidity distribution from the predicted distribution after different types of environmental disasters, e. g. caused by toxic and radiotoxic burdens, smog episodes, earth quakes, heat and cold waves etc. Like any entity a human person, an algae, but also a crystal has energetical potentials as well as potentials on its own disposition and to any being can be attributed potentials of «ordnender Diskrmininationsföhigkeit» («arranging discrimination potential») — but on different levels and always corresponding to the reached morphological level of the entity. So it is proposed to discuss additionally acquired capabilities/abilities in handling information during the evolutionary process. Maybe it would make sense to distinct between «Diskriminationsvermögen» («discrimination ability») on the level of not-living entities and «Organisationsvermögen» («organisational ability») for living processes — again with increasing emergent levels due to the reached evolutionary plane. Within this short paper we will concentrate on living processes only. For more detailed information please have a look at the cited literature. In the last three years when the work was carried out under the auspices of Nobel laureate Y. T. Lee, the model was extended to form a blueprint of an «extended view of a human person». This view is compatible with the given scientific frames of «natural» and «nonnatural sciences». It allows a causal linkage between them. The principles of the «blueprint» will be presented in part 2 of this publication in one of the following numbers of the Herald of the International Academy of Sciences (Russian Section). It allows also predictions for qualitative aspects of the interactions of a person with different types of environments and expectations.

Kofler Walter W.
An «Extended View» of a Human Person as a Social Being: the Health Relevance of Environmental Factors // Electronic periodical “Herald of the International Academy of Sciences. Russian Section”, 2006. Issue #2: 11—17