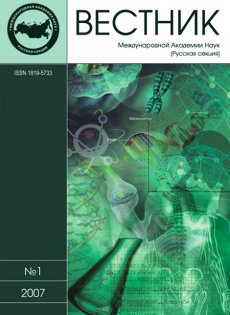 EDITORIAL COLUMN: Congratulations to Jubilee! The Doyen of Russian Physiology is 75 Years Old!

Experimental Studies from the Viewpoint of Bioethics

Animal testing is fundamental for biomedical sciences and often plays a decisive role in understanding of life. Animal experiments are only a prelude to experimental testing of new preventive, diagnostic or therapeutical technologies, products or medical equipment on people. Use of animals by man raises philosophic and moral questions. The right to use animals, demanded by man, is inseparable from his duty not to misuse this right. Humanization of animal experiments demands not only compassion from man, but also an ability of logic thinking and understanding that people should defend the right for scientific experiments on animals. To achieve this, the scientific society should first of all unite their efforts in order to form in the society a realistic and balanced position on this problem.

The XXth Century is the age of world wars, scientifictechnical revolutions, collapse of colonialism, ups and downs of liberal and social democracy and socialism. To take into consideration the consequences of scientific and science-technical revolution is a necessary prerequisite for the analysis of theoretical-methodological problems of medicine of the end of the XXth and the beginning of the XXIst Centures, the medicine in the epoch of scientific-technical progress and social transformations.

On the basis of a system process organization a general concept of safe traffic on the roads is proposed. The concept includes: optimal traffic organization, development and maintenance of reasonable traffic regulations, objective control of psychophysiological state of a driver helping to reveal individual predisposition and resistance to traffic accidents. To organize a safe system of road traffic it is necessary to radically reorganize the whole service of traffic organization with focus on objective evaluation of psychophysiological state of a driver.

Authors have already demonstrated the potential of complex systems theory to facilitate in development of the human optimal arterial blood pressure (BP) formulas (Crete, 2006, Baltimore, 2006). Zhirkov-Golikov-Subbota (ZhGS) formulas are based on conception of resonance in isomorphic communication systems. The work contains the results of the analysis of BP parameters, using ZhGS formulas of the scientific sources from the USA (JNC7), Great Britain (BmedSt), Russia (our own data) and India (Medindia.net). As a reference parameter we used a so called golden ratio, representing a special case of the solution of Mandelbrot equation. The obtained results demonstrate the high correlation of ZhGS formulas with the values, obtained in population studies. The closest correlations are revealed between the values, characteristic of Russian, Indian and Britain data groups. The authors conclude that it is possible to use these data for assessment of psychophysiologic effect of stress factors in different gеographical environment and language groups.

The Bubbles or the Boiling Pot? An Ecosystemic Approach to Culture, Environment and Quality of Life

For the diagnosis and prognosis of the problems of quality of life, a multidisciplinary ecosystemic approach encompasses four dimensions of beingintheworld, as donors and recipients: intimate, interactive, social and biophysical. Social, cultural and environmental vulnerabilities are understood and dealt with, in different circumstances of space and time, as the conjugated effect of all dimensions of beingintheworld, as they induce the events (deficits and assets), cope with consequences (desired or undesired) and contribute for change. Instead of fragmented and reduced representations of reality, diagnosis and prognosis of cultural, educational, environmental and health problems considers the connections (assets) and ruptures (deficits) between the different dimensions, providing a planning model to develop and evaluate research, teaching programmes, public policies and field projects. The methodology is participatory, experiential and reflexive; heuristichermeneutic processes unveil cultural and epistemic paradigms that orient subjectobject relationships; giving people the opportunity to reflect on their own realities, engage in new experiences and find new ways to live better in a better world. The proposal is a creative model for thought and practice, providing many opportunities for discussion, debate and development of holistic projects integrating different scientific domains (social sciences, psychology, education, philosophy, etc.). Key\"words: education, culture, politics, soci ety, health, environment.

Today most different scientists — ecologists, geologists, geochemists — are closely involved with the earth\'s ecological problems. And yet they find out that biosphere pollution and modification of ecosystems caused by man occurred even aeons ago, in hoary antiquity. Negative environmental impacts forced primitive tribes to pull up stakes and move elsewhere.

Putting in order background transistorization of science and engineering.

There is shown bionic — like approach for solving of the current manipulating robotics problem — capture reliability problem for capturing non — oriented objects of complex forms. Problem decision is base on application formalizating descriptions of interdisciplinary knowledge, including biology — the structure of human functional system — the gripper system, providing as determination of unknown starting situation and so capture reliability prognosis (as physical task). The structure and possibilities of information tool of forming prognosis are discovered as the important component of self — organization processes of intellectual systems.

Musical Education in Russia in Context of Cultural Traditions

In this article four significant paradigms of upbringing are marked out — authoritarian upbringing, conformable-to-nature upbringing, upbringing in collective of coevals, individual survival in society of risk. Their theoretical and historical description is given here; the prospect of a switch from the confrontation of these paradigms to their dialogue is noted.

Problems of Effectiveness of Socialization of Youth in Changing Society

Rhythms of the Development: from Big Bang to Singularity (on the Materials of the International Conference «Environment: Survival and Sustainable Development» Nikosia, North Cyprus), Declaration of Nicosia

Review to the Book «Tendencies in Development of Ecological Education on Modern Stage», Shalgymbaev S. T.

General Assembly of the Presidium of the International Academy of Science

On the activity of the Department of Physical and Technical Sciences RSIAS;On Simposium «New Informotion Technologies in Medicine»