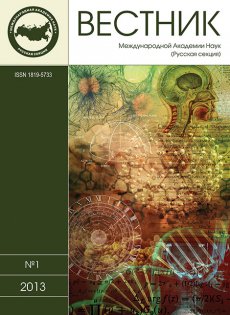 Recently the scientific society marked several anniversaries, connected with discoveries which have played significant role in the development of astrophysical investigations. The year 2009 was chosen by the United Nations and UNESCO to be the year of astronomy. This was inspired by the 400th anniversary of Galileo Galilei\'s discovery of the telescope, giving the start of regular studies in the field of astronomy. An important contribution to the development not only of the physics of the microworld, but also to the understanding of the processes occurring in the Universe, was the discovery done 100 years ago by E. Rutherford of the atomic nucleus. Since then the investigations in the fields of elementary particles and atomic nuclei have helped to understand many processes in the microworld. 80 years ago K. Yanski used a radiotelescope for the first time in order to accept signals from cosmic objects and at present this part of physics is the most efficient method for studying the properties of the Universe. And finally, the launching into space on 12 April 1961 (50 years ago) of the first sputnik with a human being on board, the Soviet cosmonaut Yuri Gagarin, marked the beginning of the investigation of the Universe with the direct participation of man. All these achievements considerably extended our ideas about the Universe. The author of the present work has tried to present some problems of the evolution of the Universe, the nucleosynthesis and cosmochronology from the point of view of nuclear physics and elementary particles, in particular using the latest results, obtained with radioactive nuclear beams. Comparison is made between the processes taking place in the Universe and the mechanism of formation and decay of nuclei, as well as with their interaction at different energies. Examples are given to show the possibilities of nuclear methods to study cosmic objects and the properties of the Universe. The results of studying nuclear reactions, induced by radioactive ion beams, make it possible to analyze in a different way the nucleosynthesis scenario in the region of the lightest elements.