«DARWINISM» AND THE FUTURE OF A GLOBALIZED WORLD 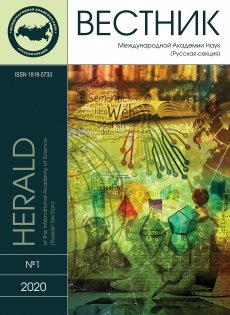 The given political situation is dominated on a loss of predictability and of the validity of signed contracts. Classic Darwinist can justify this with the evolutionary principle of natural selection that the fittest will/ should survive. But Darwin relativized this position for the understanding of the evolution of humans as social beings. He introduced “sympathy distinct from love”. Both principles seem to exclude each another as mechanics and electromagnetism seemed to be incompatible. Einstein developed the technique of hypothetic-deductive theories of principle and could interlink both with the Relativity Theories. This technique is used to interlink both positions of Darwin. The joint basis of both evolutionary principles is surprisingly “win-win”. Its principles are demonstrated on the metaphor of chess. It is explained why also the genetically based evolution can be understood as a special case of “win-win”. Therefore, evolution on the basis of “sympathy” is understandable as the next step of evolution with natural selection as the precursor principle. All the demands of precursor levels have to be taken further on in consideration. “Sympathy” is never sufficient to deal adequately with the challenges of the globalized world. Responsibility would be a possible solution. Keywords: evolution, survival of the fittest, sympathy distinct of love, WIN-WIN strategy, responsibility, loss of credibility, sense of coherence

W. Kofler
«DARWINISM» AND THE FUTURE OF A GLOBALIZED WORLD // Electronic periodical “Herald of the International Academy of Sciences. Russian Section”, 2020. Issue #1: 54—57