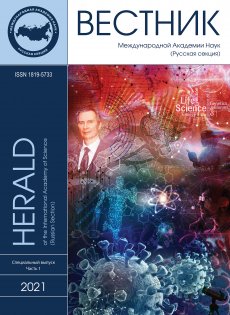 Preface to The Special Issue

Special situations require the courage to take spe- cial steps. The publication of the preprints of Part 1 of the Focus Issue — moreover in four languages — is such a step. «Preprints» on the one hand because the texts of Part 2 have not yet been completed. On the other hand, because the knowledge about SARS-CoV-2 and COVID-19, even after one and a half years of the most intensive research worldwide, is by no means sufficient to be able to make the necessary statements based only on confirmed knowl- edge. Therefore, already at present, «applying the laws of reasoning and the experiences of daily life» (as this is legally formulated), the most reasonable course of action must be proposed by the expert and implemented by the politician. After all, inaction must be just as well justified as action. And this cannot be justified in any other way if the level of knowledge is insufficient. Thus, one must reckon with the fact that some proposals may later turn out to be — fortunately — unnecessary.

A Guide Through The COVID-19 Jungle

This is a position paper, created for and with mem- bers of the International Academy of Science-Health & Ecology and partners. The current situation, which is also unique due to the worldwide social action, challenges us to elaborate such a paper to form an opinion and to make it available to others. We are — to put it simply — alienated by two seemingly irreconcilable groups, each of which, in its own way, sees the situation in a highly sim- plified way: Those who deny COVID-19 or belittle it despite the horrible images, and those who do not want to take note of the antiseptic and even against better infor- mation. But every life-experienced mother, every sweaty construction worker and every smart athlete knows that you can protect yourself and your child from the threat of infection by quickly putting on appropriate clothing: without affecting the contact with others or the viral load in the nose and without replacing a vaccination! Both conflicting positions lead to the same result in one point: the «Semmelweis phenomenon» is repeated: that obvious knowledge is not applied for extra-scientific reasons: In the 19th century, because people did not want to accept its effectiveness against puerperal fibers, with the conse- quence that two decades longer mothers had to die unnecessarily. In the 21st century because the historically known possibilities and limits of non-specific defenses are being suppressed. This time, millions are affected... This position paper can and will only provide arguments so that everyone can put their own limited conclusions to the test. This is less about factual knowledge. One also does not need to know the techniques of the different disciplines that are practically relevant especially for dealing with COVID-19 and SARS-CoV-2. In this regard, one can rely on the experts. It is more a matter of understanding the process flows and interconnections. In doing so, you have to venture into the world of thinking of the most diverse and mostly foreign disciplines. Whether you like it or not, you have to get an idea of whether the position of a decision-maker or a statement by an expert — no matter how recognized he may be in his field — is meaningful overall for the complex issue at hand. Can one be sure that this person has appropriately brought his or her specialized knowledge to bear on the complex issue at hand, or that he or she is only selectively representing a position from one point of view? In order to be able to assess this, one must be prepared to form a complex opinion oneself. To do this, you need — of course, open to discussion — positions on the various partial aspects. One should not expect more and only demand that others are also prepared to state why they take this or that position. Such controversial arguments have been considered in the position paper: Contributed by members and friends from the most diverse scientific disciplines, from art and culture. In particular, however, also from their life partners who want to live together with them in everyday life, although they concentrate most of the time on their own — foreign — world of thoughts. That is why this position paper has to be so multilayered and sometimes — but only seemingly — give the impression of being away from the core problem.

This report emerged from the experiences and observations of the authors who explored fundamental features of NCT and accounted for production and essential understanding of its realm of welcome properties. Nchlorotaurine (NCT) is an endogenous mild active chlorine compound, which can be synthesized chemically and applied topically as an effective anti infective and antiseptic to different body sites. Naturally, it is produced by activated human granulocytes and monocytes during the oxidative burst. Besides the typical broadspectrum microbicidal activity of chloramines against all kinds of microorganisms, it has antiinflammatory properties and is involved in termination of inflammation. Because of its high tolerability and absence of systemic adverse effects due to decay to ubiquitous taurine and chloride, it can be used in sensitive body regions, too, for instance the eye, body cavities and lower airways. The latter renders NCT inhalation a promising means for the prevention and treatment of viral pneumonia including SARSCoV2 (Covid19), chronic bronchitis, and cystic fibrosis. Further clinical development is urgently needed to characterize the preventive and therapeutic effects in detail. Particularly the time of the present pandemic confirmed how difficult recognition and support of innovations frequently is. Keywords: Nchlorotaurine; antiseptic; antiinfective; Covid19; nose spray; mouthwash; inhalation; tolerability; prophylaxis; public health

For decades, virtually all parties with political or medical responsibility for pandemic issues have stressed the need for more intensive international cooperation. COVID19 is only the latest epidemic for the time being to demonstrate the massive discrepancy between rhetoric and reality in this regard. A global health policy worthy of the name still does not exist. The WHO and its suborganizations have neither the competencies nor the financial resources to live up to their claim proclaimed by the community of states. Against the backdrop of the crisis created by the spread of SARSCoV2, this article asks what the preconditions and determinants of this failure are. First, it illuminates the ideological and political patterns that shape the strategic thinking and actions of those major powers that command global health policy and other aspects of global governance. The following section discusses the resulting (malfunctioning) structures for addressing epidemics and diseases, which are also barriers to the development of comprehensive health systems. Thirdly, the implications for the possibilities of addressing the COVID pandemic and also helping those countries and regions of the Global South that have neither the financial resources nor the tools of the rich North are discussed. In this context, we will take a look at the role of the EU and Germany and their programs and practice of global health policy. Germany, after all, held the presidency of the Union in the second half of 2020 — amid the pandemic. The last part deals with the role and influence of an increasing «neoliberalization» of the health care system, especially since the 1990s, and the impacts for research and development, as well as with a pharmaceutical industry that primarily follows market laws and only secondarily health maxims. Under this aspect, the «vaccination race» between and within the EU and other actors is considered. Simultaneously, the question is raised whether and to what extent there are chances to steer the unsatisfactory state of affairs in a direction that enables better disease control on a regional and global scale through international cooperation and strengthened institution building. Keywords: global health policy; COVID19; solidarity; international cooperation; WHO; vaccination

A Guide Through The COVID-19 Jungle (German Translation)

A Guide Through The COVID-19 Jungle (Portuguese Translation)