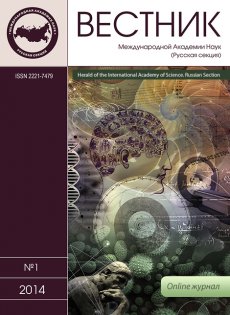 Towards Global Outlook: Instead of the Foreword

Environmental Impasse and Theorization of Education

The paper puts the main emphasis on the environmental (ecological) reflection and its criterion. Reflexive self-organization in the environmental assessment process, or significant event of the phenomenon is seen as a necessary condition for the adequacy of followup from an environmental point of view. But it does not guarantee reliability in the exclusion of incorrect solutions for the environment. As a reliable foundation the introduction of higher ontological criteria and inclusion of the principle of adequate human universe is considered. Therefore, the development of educational projects and programs should take into account the individual\\\'s ability to self-reflective in accordance with the requirements of ontological criteria in all typical situations making important decisions.

DEVELOPING AN ECO-SYSTEMIC APPROACH TO LIVE BETTER IN A BETTER WORLD: A GLOBAL VOICE FOR HUMANITY SURVIVAL IN THE 21ST CENTURY

Contemporary problems are fragmented by public policies, academic formats, mass-media headlines and market-place interests; unsustainable paradigms of growth, power, wealth, work and freedom are embedded into the cultural, social, political and economic institutions. An ecosystemic approach is posited along the four dimensions of being in the world (intimate, interactive, social and biophysical) to define and deal with the problems of difficult settlement or solution in our times, encompassing culture, education, politics, economics, ethics, environment and the quality of life.

Today we are faced with a huge number of international indicators and indices in the humanities, but they are scattered and do not indicate the main factor — is there the conditions for dignified life and free development of a person. The authors have developed an integrative composite index of conditions of dignified life and free development on the example of the Russia and several other countries.

Ecological Deontology and Issues of Implementation Ideas of the Environmental Ethic

Ecological Anthropology: at the Junction of the Sciences (on Current Directions of Development)

Ecological Culture in the Information Society: New Challenges of Education

The article analyzes the problem of cultural adaptation of «information flows» in relation to the educational sphere to solve the problems of formation of ecological culture of personality in the modern information society.

Virtual World of Nature and Environmental Ethics to the Living Entities

In the context of the research of the development of the ecological culture of personality in the conditions of information society the positive and negative aspects of sinking children into the virtual peace of nature; the influence of informatization on the process of interiorization by the growing up generations of the values of the ecological ethics are examined.

In the article highlights the problems of significance of the ecological factors in formation of health of contemporary person. Theoretical results are justified by empirical researches data.

The Paper substantiates the role of reflective culture of development tools and techniques in the design methodology of the design projection. Designer becomes a participant of civilizational dynamics, including in one or the other type of reflexive self-organization, using certain tools, techniques, painting and ontological value systems. On this background, environmental settings are implemented and installed, and design projects are generated, being adequate to nature, society, socio-natural systems.

The article reveals the meaning of culture and its function in the historical process, special attention is given to «the programming function of culture» in the transition of modern society towards sustainable development. In this context, we look at settings of UNESCO on education reforms.

Information and Psychological War in the Context of Reflexive

Nature and characteristics of information-psychological war as a type of war are analyzed in the paper. Preconditions formation of this type of war, confrontation and success factors for winning the war, the specific means to methods of warfare are concidered. The content of the ideal object is revealed in the framework of the system and the metasystem approaches using basic tools and methodology and paradigm of civilizational management. As the material for analysis events in Ukraine are used.

J. von Uexküll\'s Concept of Umwelt and the Prospects of the Ecological Thought

The concept of Umwelt coined in science by Jakob von Uexkуll in under consideration in the article. A certain worldview can be developed on the basis of this concept which is of great significance for the development of the modern ecological universalism and for the elaboration of strategic imperatives of ecological thinking. The research is at the crossroad of four scientific fields: biosemiotics, the theory of complex systems, cognitive science and the theory of ecological thought. The concept of Umwelt as a specific environment to which any biological species or its separate individual is adapted and which is constructed by it, introduced by von Uexküll in 1909, has stimulated an intensive development of biosemiotics in the 20th century. In the modern theory of complex systems, there exist several important notions, such as openness and nonlinear bounds of a system with its environment as well as the notion of autopoiesis (H. Maturana and F. Varela) which has a powerful methodological capacity. In the modern cognitive science, the conception of enactivism (F. Varela and E. Thompson) is under rapid development now. Enactivism signifies building of a cognitive actor into a medium mastered and constructed by it. And in the theory of ecological thought, rules of soft management and of dialogue of a human with nature seem to be the most adequate ones nowadays. The study of the mutual intersection of these disciplinary fields allows us to elaborate a real interdisciplinary platform for demonstration of significance of the concept of Umwelt for the development of the theory of ecology, for the holding a reasonable position in discussions about sustainable development and sustainable futures as well as about the role of education for sustainable development of the world.

The article considers the fundamental ideas of Russian teachers and thinkers as for importance of the native language in the intellectual, moral and spiritual development of a person; the article reveals richness of the language as a source of wisdom, age-old history and culture of the people.